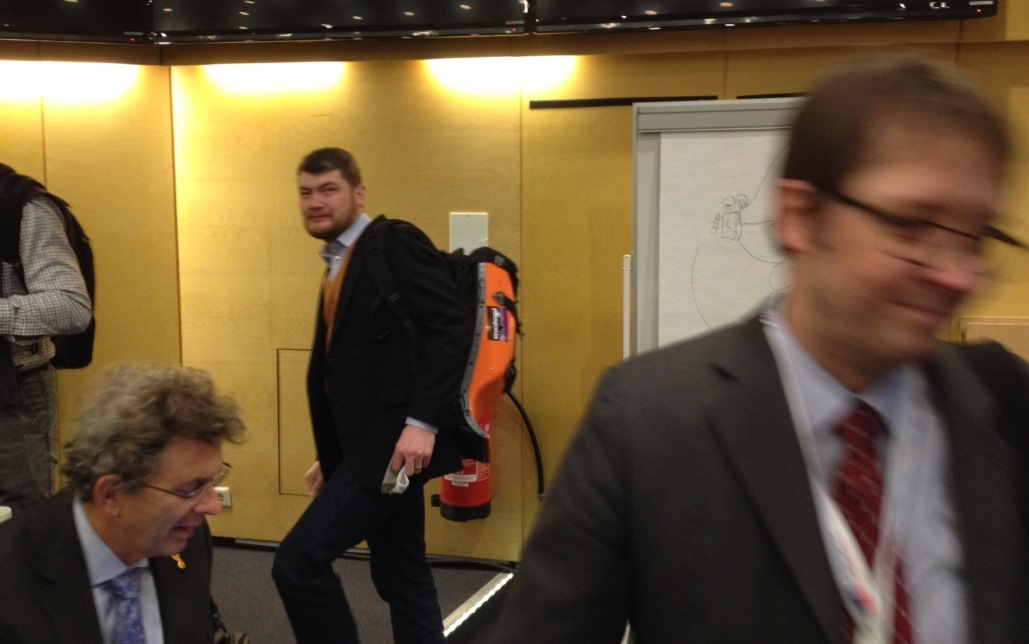 MONALISA 2.0 at the e-Navigation underway conference: a key project

E-Navigation underway 2013 is one of the leading conferences on e-Navigation. The event is organized by the Danish Maritime Authority DMA and IALA-AISM and gathers prominent speakers and delegates from all central organization and this time also from most leading projects around the globe.

Anders Brödje presented MONALISA, both the results from the first project and the concepts and work of the second project. The initial figures on the saving potential impressed the audience and are some of the first concrete figures of real value presented for e-Navigation. It qualified MONALISA to be specifically mentioned in the conference conclusions.

During the presentation of Sea Traffic Management (STM) Mr. Brödje also made it very clear that the Captain will remain in command. The STM solutions will be aiding, advising and assisting in reducing administration on board, and elsewhere.

One important event of the conference was the signing of a Memorandum of Understanding (MoU) on a global test bed for e-Navigation by the Republic of Korea, Denmark and Sweden. It is an open MoU; all other interested countries can join. The possibility to run tests of a solution in many regions in parallel will help globalize solutions from the start, thus minimizing the number of modifications needed in later stages.

The MoU is very much in line with the European Maritime Simulator Network that is created as part of MONALISA 2.0. Eleven simulator centres with 45 simulated bridges can make more testing more realistic than ever. A workshop was held on the day before the conference in Copenhagen. Christoph Burmeister from Fraunhofer made the MONALISA presentation.

The conference was held on board the Pearl Seaways cruising from Copenhagen to Oslo and back. There were plenty of time for networking and both formal and informal meetings were held with other projects and interested parties. MONALISA met many and for example strengthened the relations with the Port Optimisation project “Charlie Papa” which is facilitated by the International Harbour Master Association.

Many of the speakers talked about e-Navigation in line with Sea Traffic Management, e-Maritime and maritime cloud ideas. Michael Bergmann from CIRM said ”E-Navigation is not an end-state it is an on-going journey.”

The conclusions of the conference indicate the direction, some of them were: