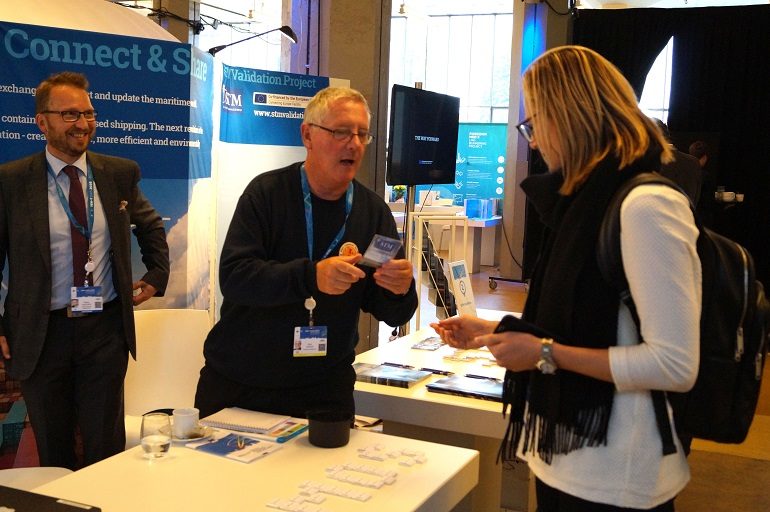 Strong support from the European Commission

Maritime EU-coordinator Brian Simpson enjoyed working part-time in the STM stand during TEN-T Days. And Sea Traffic Management was also a pillar in the strategic plan he presented during the event.

The largest EU-organised event for transport, the Trans European Network of Transport (TEN-T) Days, was held in Rotterdam in June. The EU is focusing on nine geographical transport corridors and a tenth, the maritime “Motorways of the Seas”. Each of the ten has a EU-coordinator acting on behalf of the Commission, responsible for planning the work and reviewing the implementation. Brian Simpson is the maritime coordinator.

During the event Brian presented the EU policy for maritime transport:” Detailed Implementation Plan for Motorways of the Sea”. In the plan he emphasises safety, Traffic Management and Human factors, as one of three main priorities. He also points out voyage management, flow management, port collaborative decision making and intended route monitoring as areas to develop, all of which corresponds to services within the STM Validation project. These services will be tested live in Northern Europe and in the Mediterranean starting this autumn.

Brian demonstrated his interest and commitment to Sea Traffic Management as he joined the STM booth, handing out give-aways and engaging in discussions with visitors.